I just have to unload all of this here 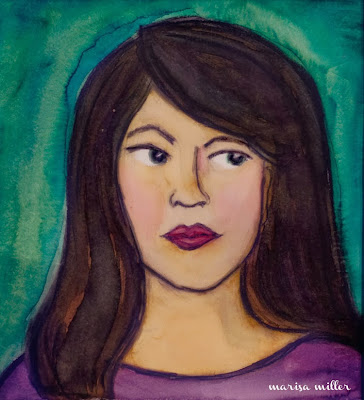 Yesterday, J had a doctor's appointment to get a CT scan to check his bone healing progress. Things are looking good. Later, once we were home, he started complaining of head pain and dizziness. I put him to bed with tylenol, and he woke about an hour and a half crying because it hurt. I let him sleep in my bed, and this morning when he got up to walk down the hall, he cried more and laid back down. I didn't know if the halo brace had shifted or loosened, so we went to the hospital immediately. They couldn't figure out what was wrong, ran another scan, and it looked the same. At that point, I knew they had no idea what to do and I was probably wasting my time.

I hadn't cleaned his pins yet since we left so early, so I started inspecting them. I had cleaned them before he went to sleep, and they looked okay. Not great, but I've mentioned here about how difficult it has been to keep them up. One of his front pins oozed blood and pus from the slight pressure of my fingers, right as the doctor happened to walk by. I called him in asking if he could give me things to clean them with. I showed him the trickle of blood running down from the pin site.

It was a half-hearted attempt to get me what I needed. After he left, I rummaged around the triage room and found cotton swabs. I thoroughly inspected all of his pin sites, and realized that all four of the back pins were oozing. I pressed on various locations on J's scalp around the pin area to see what was tender, and he had a 6 inch radius of pain around the wounds. I knew then that, of course; this is why he was hurting.

The nurse shift changed, and when our new nurse came in to check his vitals, I told her, "Look, his pin sites are all infected. This has got to be why he has been having pain. Wouldn't an oral antibiotic help clear this all up? I keep fighting this battle that I can't win. Everyone keeps saying they are okay, but I know they aren't."

She promised me she would go tell the doctor, and when he came in, he started talking about how people with halo braces sometimes have muscle spasms, and that's probably what this was. I told him the same thing I told the nurse. I said I wasn't the kind of person that asked for antibiotics for every sniffle, but that we needed to look into them for this. He said he doesn't ever see halo braces, and he doesn't know what to look for. Hmm... would have been nice for him to admit this from the beginning. It was a kind of sheepish admission, but not apologetic. He seemed like he wasn't going to admit I might be right about the situation. I'm just a weird non-vaxxer endangering my children; what do I know?

To make this long story a bit shorter, he ended up prescribing a strong antibiotic (that will also take care of staph bacteria, which is a concern with these types of things.) He has to take 3 teaspoons 3 times a day. He insists that he doses himself, and he does it a half ml at a time, which drags it out for an hour. He cries through his pin cleaning. His ears are puffy and swollen from the cellulitis.

Doesn't help that it's my time o' the month; suffered through my hormonal migraine yesterday and lost the whole day to watching six episodes of Doctor Who in bed. And the fact that my grandma and granddad were hit by an uninsured woman running a red light yesterday while running errands. My 83 year old grandma, who has battled breast cancer, currently dealing with leukemia, recovered from a stroke last year, and now must heal from her injuries from the wreck. Thankfully, she seems to be okay, though battered and bruised and dealing with chest pain.

(The painting above is from earlier this week; the kids have been drawing and coloring outside in the mornings. I sketched it out in pencil, went over it with charcoal, and then colored it in with watercolors. I then took a photo of it,and tweaked a few things in photoshop. I really only seem to draw brunette women with side parts.)